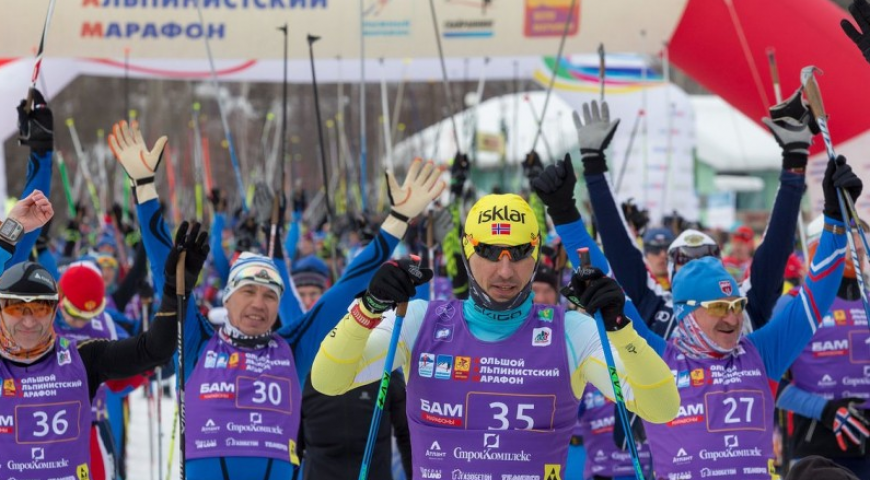 On March 10th, the Bam “Russialoppet” ski marathon took place in the Irkutsk region. About 500 participants from different regions of Russia came to the start of three distances. The athlete from Krasnoyarsk, Anton Shevchenko, with the result of 2:39:26 won the 50-kilometer marathon distance in absolute ranking among men. The second result was shown by Eugene Ivanchenko from Irkutsk (2:39:58). The third place was taken by Vladislav Maluk from Ulan-Ude (2:40:18).

In the absolute ranking among the women, the fastest in the distance of 50 kilometers was Varvara Prokhorova from the Elektrougli city in Moskow region, her result – 3:10:34. The second was Anastasia Trishkina from Novosibirsk (3:17:59). The third place took Elena Kravchenko from Irkutsk (3:23:54).

At the distance “Light Marathon” in 36 kilometers among men and women, the participants from Irkutsk were setting the pace. Among men the first place was taken by Alexander Jaburov (Bratsk), the second place was won by Roman Romanov (Angarsk), the third place by Vladislav Matjushko (Irkutsk). Among the women the first was Tatiana Koronatova from Bratsk, the second was Christina Sokolovaa from Irkutsk, and the third place went to Ekaterina Padjuk from Angarsk.

At the distance “Mini-marathon” in 22 kilometers among men the leader was Cyril Surkov from Usolja-Siberian, the second place was Andrey Semilet from Irkutsk, the third place took Mark Protasov from Cheremkhovo. Among women at a distance of 22 kilometers, the first was Darya Dupljanko from Angarsk,  Anna Kuznetsova from Irkutsk won the silver medal, bronze went to Anastasia Serenko from Angarsk.

Each participant, who passed a full distance of 36 and 50 kilometers, was presented a unique medal of a finisher. Especially for children, the organizers held a march of toddlers one kilometer long.

The Bam “Russialoppet” ski marathon is the first stage in the BAM Cup and the Small BAM Cup. There are three events in the set-off of these Cups. The next two are BAM high-speed climbing at the peak of Chersky in Slyudyanka on August 18th and the mountain biking Velobam on September 8th.