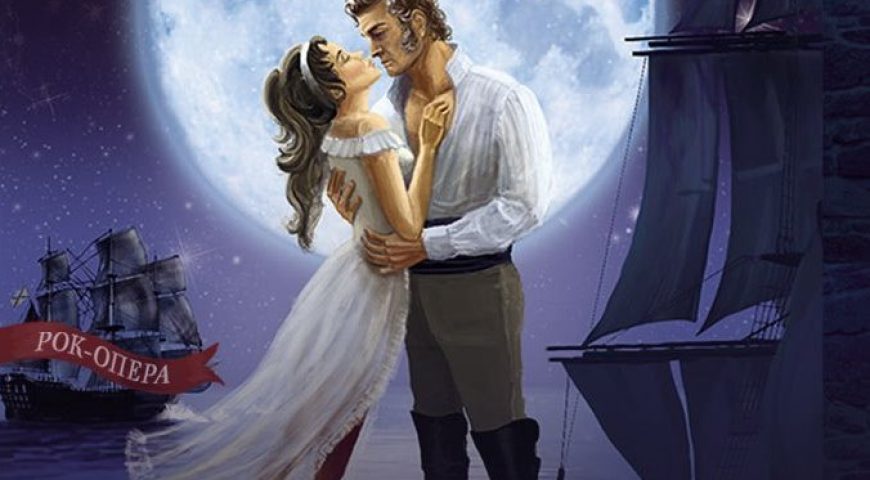 The main emphasis is on the musical component of the play. The vocal numbers of the rock opera are staged by the famous singer, Honored Artist of the Russian Federation Zhanna Rozhdestvenskaya, the first performer of the main parts in the rock operas of Alexei Rybnikov and many famous hits of Soviet cinema (“Call Me, Call”, “Song of the Fortuneteller”). Magnificent choreographic numbers in the production of Zhanna Shmakova (choreographer of the musicals “Buratino”, “Producers”, “The Witches of Eastwick”, rock operas “Joaquin Murieta”) make the rock opera an unforgettable spectacle. The main director of the play is Alexander Rykhlov, one of the best Moscow directors of the musical theater, known for his works in the theater, television and concert programs.

The rock opera “Juno and Avos” was staged by the Alexei Rybnikov Theater. The audience of such countries as Russia, Belarus, Ukraine, Kazakhstan, France, USA, Canada, Germany, Estonia, Lithuania, Latvia. In May 2012, the theater returned after the triumphant tour of Israel, in May 2013 and May 2014, with great success in the United States and Canada, presenting the rock opera “Juno” and “Avos” in the author’s version to the public

“Juno” and “Avos” is one of the most popular and popular rock operas both in Russia and abroad. 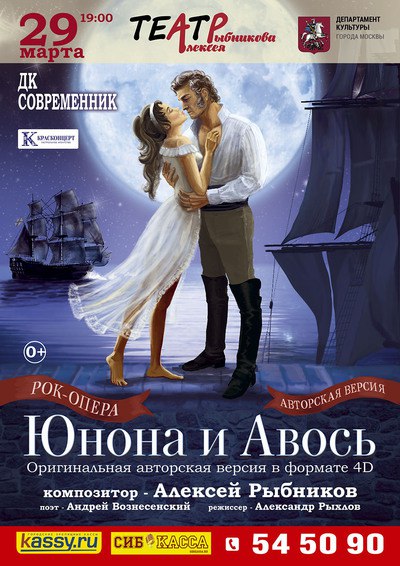