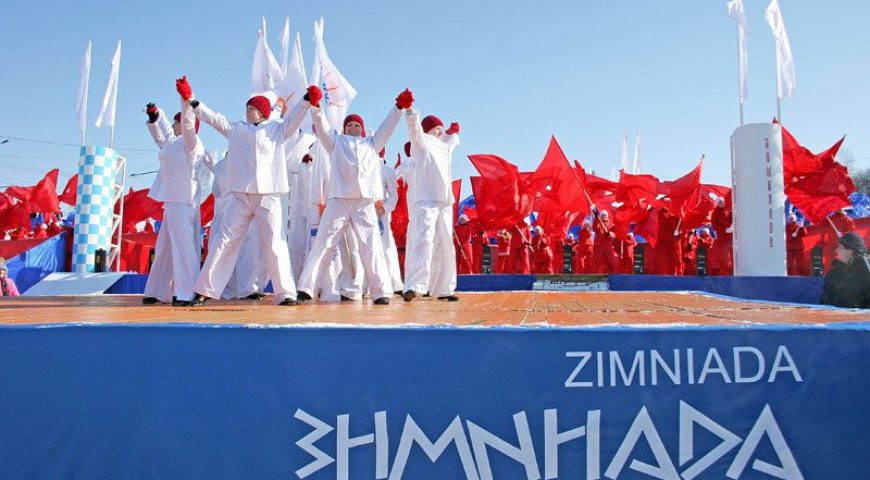 The International Festival of Winter Games “Winteriada” will be held for the 15th time on Baikal in February-March 2018 in Irkutsk, Olhonskom and Sljudjanskom districts. 15 Sports and cultural events will be held within the framework of the project, which became the visiting card of the event tourism of Irkutsk region. The organizers will hold a Baikal marathon on skates and an interregional festival of Winter Magicians “Ice tale of Baikal”. “The calendar of Winteriada includes 15 events, most of them are traditional, but there are also novelties. This is an interregional festival of Winter Magicians “Ice tale of Baikal”, as well as an open Baikal international marathon on ice skates. The festival will start with the Baikal extreme race “Ice Storm” on February 16. The participants will start in the village of Sahjurta. In three days they will have to overcome the distance of 205 km on skis, skates or on bicycles in harsh winter conditions. Finish fans of extreme adventures will be on February 18 in the village Listvyanka Irkutsk region. On the same days – on 17 and 18 February – a large-scale celebration of the Pancake Day will take place in the architectural and ethnographic museum “Taltsy”. The program – folk games and fun, eating pancakes, pancake post, dances, songs, Russian dances, as well as the performance of creative groups and more. Five days later, the festival of ice sculptures “Live on Baikal” will begin its work in the village of Listvyanka. The theme of the event in 2018 is love. The ice rink will be made in the form of a heart and highlighted by red lights in the evenings. Ice compositions will also be performed in a single style. Masterpieces from Baikal Ice reflect the sun rays in an unusual way, which attracts the attention of tourists, and photos of sculptures pantries social networks with hashtag #Живи_на_Байкале. From 24 to 27 February international art Festival Baikal-Live will be held, on which the musicians from different parts of the world will gather. Participants play for the audience in a cozy and intimate atmosphere. Despite the end of winter, the events of “Winteriada” will continue in March. In particular, there are planned Nordic walking Festival, dog sledding, mountaineering, music festival “Blue Ice”, ATV racing and others. In the future, it is planned to expand the program of the festival due to the inclusion of projects on the territory of the Republic of Buryatia in the sphere of event tourism.