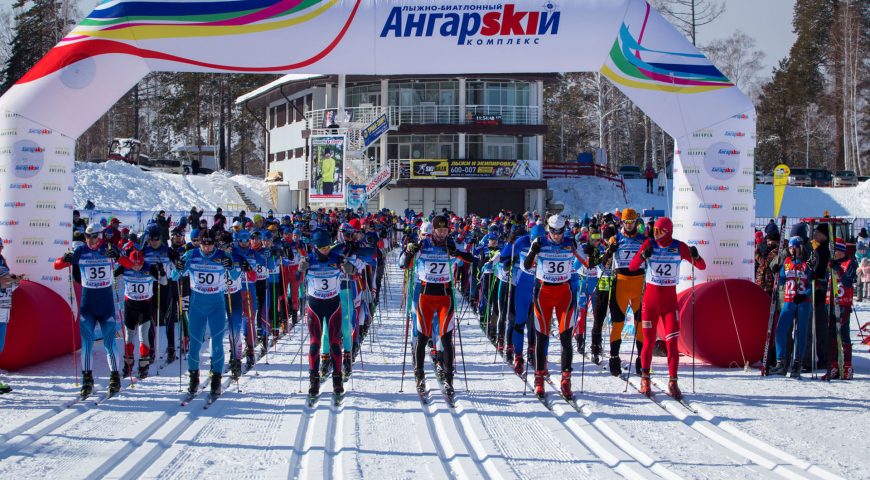 The Championship of Irkutsk region on marathon distances by freestyle “Bam Angara Marathon-2018” was held last weekend in Angarsk City district. This time, 298 adults and 12 children from 3 to 8 years old gathered at the start line.  Last year the participants were less – 264 people.

It should be noted that on February 24, 115 people challenged themselves and the relief, perfectly prepared route “Angarsky” at a distance of 5 km. The number of participants at the marathon distances of 50, 30, 20 kilometers significantly increased -183 people. This year for the first time in the framework of “Bam Angara Marathon” the “March of the Kids” was held, which will become a good tradition and will attract the youngest skiers to the sport.

Among women at marathon distance of 30 kilometers, as well as last year, there was no equal to Lyudmila Dosaevoj from Angarsk. In the second place was a 20-year-old athlete from Angarsk Christina Chetvjarikova. On the third – skier from Sajanska Ekaterina Smirnova.

Each winner and prize-winner, both in absolute and age groups, received a valuable gift from the organizers, general sponsor, and partners of the event.

Let us remind you that this race is a kind of warm-up before the biggest and brightest competitions of the winter season – the Bam “Russialoppet” ski marathon.

“There are only two weeks left to the main ski event in eastern Siberia. The Bam “Russialoppet” ski marathon starts at the station “Fires” on March 10. Bam Angara Marathon is quite complicated, so many participants considered this start as a preparation or the last test to participate in The Bam.  Online registration to participate in the BAM Russialoppet-2018 nears the finish line: It closes on March 3. At the moment, the list of participants on the site http://alpmarathon.ru is 277 people, “explained the PR-director of the Bam marathons Artem Detyshev.