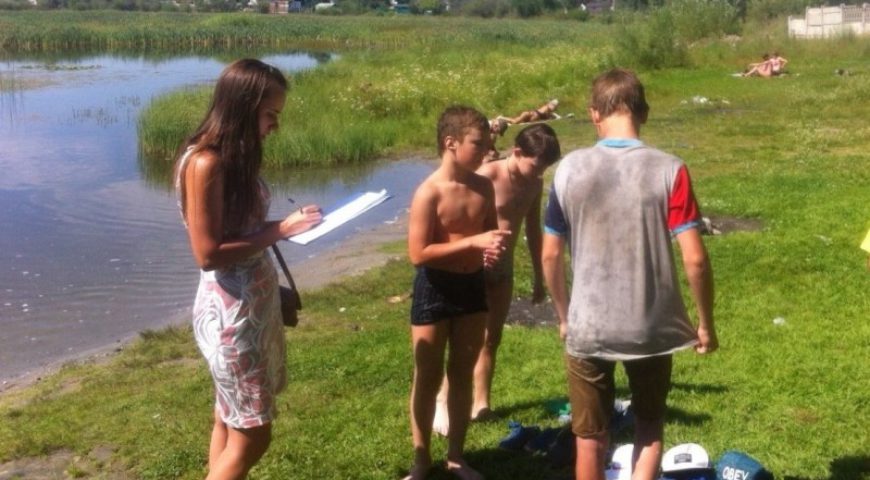 For two summer months of the current year as a result of the raids carried out by administration of the city district, the Commission on Affairs of minors, together with the staff of UMVD, the Ministry of emergency situations of the Russian Federation, on water objects of the Angarsk city district 218 minors unaccompanied were revealed. Information on children who were on reservoirs without supervision, the Commission on Affairs of minors of administration of AGO is transferred to managements of education. Heads of educational institutions of the city district will carry out preventive work with parents and children to prevent minors from being out of control. In case of re-identification, the issue of bringing parents or legal representatives to administrative responsibility for improper performance of child-rearing responsibilities will be decided.

“Often parents do not even know where their children are. Be vigilant. Do not allow children to stay in water without adults. Minors may only be bathed under the continuous supervision of their parents or legal representatives in strictly defined places. On the territory of the Angarsk city district is the only authorized place for swimming – elovsky pond. Neglect on your part can lead to tragedy,” — said the chief specialist — Secretary of the Commission for minors Alexander Golubchikova.

Recall that this summer, killing two children, residents of Angarsk municipal district. One minor drowned in one of the quarries in the mega. In July, a 10-year-old boy drowned in the river Kitoy.